Sometimes a system needs a kind of rudimentary scheduler to tell it when it’s time to do things. Run a weekly report. Poll a legacy system for changes every night. Run some script every 4 hours. The examples are plentiful but usually quite boring.

In a message-based system with NServiceBus, starting these tasks is usually as simple as sending a command, but something still has to send that command on the right schedule. We could use a Windows Scheduled Task, but that feels gross for a couple of reasons. First, we have to create a dedicated app just to spin up a send-only endpoint, send one command, and then die. Second, it feels wrong somehow that using scheduled tasks would take an important part of the system (the schedule) and place it entirely outside the system, complicating the deployment, especially if we (the developers) don’t have direct access to the production infrastructure, either because of our sysadmins or because there is no infrastructure because we’re using Platform-as-a-Service in the cloud.

So we’re dealing with NServiceBus and time, and NServiceBus is supposed to be able to model time through the use of sagas. So couldn’t we implement a simple scheduler using a saga?

Well sure of course we could. But should we? It’s a classic it depends scenario. So let’s delve a little further. I’ll explain how you could do it, and then we’ll be in a better place to talk about whether that’s even a good idea in the first place.

Remember that a saga is basically a message-driven state machine (see the saga basics tutorial) where the state is stored (usually in a database of some kind) between messages. Some of those messages can have a delay (see the timeouts tutorial) to wake it up at some point in the future.

Ideally, a scheduler saga would be able to handle multiple schedules, otherwise, a saga is actually quite a bit of code for something so simple, especially if you have to create multiple of them. Sagas are hard to use as a singleton process anyway—they want to use a CorrelationId to tell between different instances of the saga that all have independent data.

We can take advantage of that - each saga instance will be for a different schedule, and the CorrelationId will be the type of message we want to send when the schedule comes due.

First, let’s look at the message we’ll send to start the scheduler saga:

This allows us two variations on schedule. Either we can do a weekly schedule, on multiple days if necessary but all at the same time of day, by sending a message like this:

These calls should be made from your application’s startup. This way, the saga will be “reminded” of the schedule every single time your app starts up, and also covers the use cases of bootstrapping the first run or changing the schedule later on.

Now let’s get to the actual saga, which I’ll attempt to mark up with comments:

Does this work? Sure! Well, mostly. It’s got some issues, but depending on the project, these may be anything from easy-to-ignore minor details all the way up to showstoppers. Let’s look at each of these “it depends” scenarios.

Arguably the biggest problem with this whole saga implementation are these 4 lines, which at first glance look logically correct:

Logically, the timeout message should occur after now and should skip this check—after all that’s the point of a timeout.

But what if the timeout is handled by a message transport like Azure Service Bus that has native scheduled messages, and what if the clock on the processing server has drifted such that it is a few seconds behind official “Azure Time”?

The result will be that the message scheduled for 12:00:00 UTC may arrive, as far as the processing server is concerned, at 11:59:57 UTC. At that point, Data.NextRun of noon is 3 seconds in the “future”, so the message will be ignored.

Not only will the scheduled task not fire, but because the next schedule is set at the same time, the scheduler is essentially in limbo until the next time your app starts up to send a StartSchedule that will be after the Data.NextRun time.

One way to try to fix this is to have a bit of tolerance for clock drift in the code, like this:

This way, the clock can drift up to 30 seconds and still get the behavior we want. However, this saga is now pretty useless for doing anything with sub-minute times with much accuracy. In the cases where I’ve done this, I only care that the task happens once a day, or maybe every 8 hours, and I’m not too fussed if it happens 30 seconds off its scheduled time. I just want it done.

In this saga, you can reprogram the timer, but only by deploying new code. Because we’re storing the next run time and not taking any action before that time, you basically can’t reprogram it to anything faster than what it was doing before. If it’s not going to run until 8 hours from now, and you reprogram it to be an hourly timer, then sorry, it’s not going to run for 8 hours, but then it will run for every hour after that.

This becomes more of a problem if you accidentally have a deployment set a next run time on the order of days/months, and then want it to be hourly for some reason.

It would be possible to change the code to always recalculate the next run time on receipt of StartSchedule, but then the code can get much more complex, and you run the risk of upsetting the schedule if for some reason you encounter more frequent app restarts.

In my situation, my schedules are completely arbitrary and I have no intention of changing them…ever. So no need to worry.

If you’re auditing messages to ServiceControl, and want to be able to view diagrams in ServiceInsight, then this scheduler has a bit of a problem because all the messages coming from this saga are going to be viewed as part of the conversation because they all share the same ConversationId header. So there wouldn’t be any way to look at the message flow from just the most recent execution, or the one that happened 3 days ago. The diagrams would get bigger and more complex, and it wouldn’t take very long for the diagrams to become unusable.

This would be really frustrating if each schedule kicks off some process, such as a file import, with many substeps that you’d want to be able to visually debug later.

This post was getting pretty long, and changing the ConversationId has uses outside of this scheduler saga, so I wrote a separate post on overriding the NServiceBus ConversationId. If you create the behavior outlined in that article, then you can change the saga code a bit.

With the behavior outlined in that article in place, you can change this code in the saga:

Now every command sent out by the scheduler will be a fresh conversation you can look at individually in ServiceInsight.

Of course, if you’re not auditing messages at all, then you don’t need to do anything like that.

Date and time is just hard

This is a super-simple scheduler, doing only weekly and interval scheduling. For me, that’s all I need. If you wanted to do any of the fancy things your calendar app can do, like:

…well then you’re out of luck. Date and time are hard, and if you don’t believe me, go read some blog posts by Matt Johnson-Pint. I don’t recommend trying to extend the code to handle any of these other scenarios. It’s not worth it. Keep reading and pick a different option.

I’ve presented a simple scheduler saga, and a bunch of problems it might cause you, all of which you can address to some varying degree. But is it worth it? 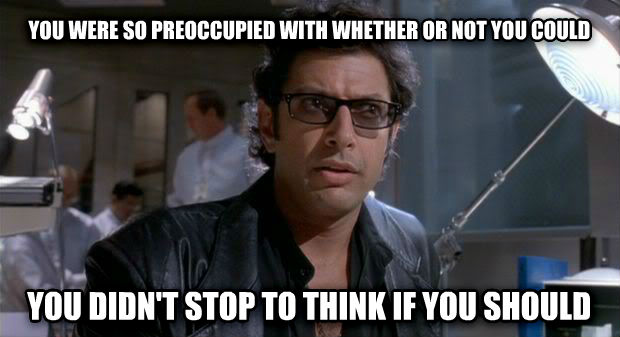 If you’re running a small project with very simple scheduling needs, and none of the sections above gives you pause, then you’ll probably be fine. Otherwise, you might want to think about one of these alternatives, any of which you can use to send an NServiceBus message.

My aim in writing this article is not so much to share the code for the scheduler saga, but to highlight all the “it depends” around whether or not it’s a good tool for your particular job.

I do use this exact scheduler saga in a project. It’s a small project, more of a proof of concept, that runs as a single NServiceBus endpoint embedded in an Azure App Service run using Visual Studio Azure credits. I’m already using NServiceBus in this project, and so I’m looking for reliable scheduling (i.e. not System.Timers.Timer) with the lowest possible barrier to entry.

None of the caveats in this article apply to me, so I’m happy to use it. Though I must advmit, if I had to do it over, I would strongly consider using an Azure Functions timer trigger instead.