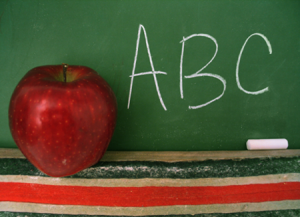 Uncle Bob Martin is one of the true learned elders of our industry, one of those who signed the Agile Manifesto when I was still taking college courses. Recently, he wrote about (and has talked about) something that absolutely blew me away.

This was not altogether unsurprising to me, until he pointed out that this means if the number of developers is doubling every five years, then at any given point in time half of all software developers on the planet have less than five years of experience.

Luckily, I’ve been given the opportunity to do something about that.

This January, I won’t be going to code up some website for a new client. As part of a partnership between ILM, The Learning House, the Software Craftsmanship Guild, and Concordia University, I will be serving as an Adjunct Professor at Concordia teaching the .NET track of the Coding Bootcamp, an intensive 12-week course designed to take a student with an aptitude for computers and turn them into a well-trained junior developer ready to write code in the real world.

I can’t speak for Computer Science curriculum around the country, but in my own college experience I felt that while I was taught the basics of a computer language (C++ at the time) I was not effectively prepared to be a software developer in the real world. Hopefully this has changed in the intervening years, but I found I had to learn a lot of those other skills on the job.

This is why I’m so excited about the Coding Bootcamp curriculum. (Look at the very bottom of the linked page.) It’s not just about learning C#. It doesn’t cover what was current five years ago. Students will be learning ASP.NET MVC 5, Web API, and SQL Server 2012. It’s not just Microsoft-centered; there’s some Dapper in there in addition to Entity Framework. Beyond just HTML and CSS, students will be introduced to jQuery and AngularJS. And they’ll learn about effective source control with Git–a skill I consider just as important as writing the code itself.

All told, what the students will learn has less in common with what I learned in college, and much more in common with the core areas on which we evaluate all potential ILM employees. Teaching students the exact skills they’ll actually need in a real-life job seems like such a crazy idea that it just might work. 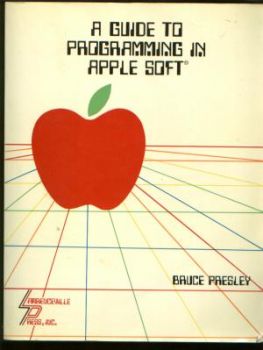 I don’t remember a lot about my early days in elementary school, but I do remember that my fourth grade teacher Mrs. Dickerson gave me a book about programming in AppleSoft BASIC 1 that I read cover to cover. (The book pictured may be that book or perhaps a later edition of it. I was unable to find it in my parents’ attic.) While other events certainly had an impact on my life’s direction, you could argue that she set me upon a path that led to my eventual career and where I am today. For that I am forever grateful to her, and I hope that I can do her proud.

I’m really looking forward to helping people the way Mrs. Dickerson helped me by sharing what I love to do. If the number of software developers really is doubling every five years, hopefully I can ensure that 10-15 of them at a time are at the very least well prepared to get started.

If you would like to attend the Coding Bootcamp you can apply at bootcamp.csp.edu.

Or, if you are looking for talented new developers, you can join the employer network.